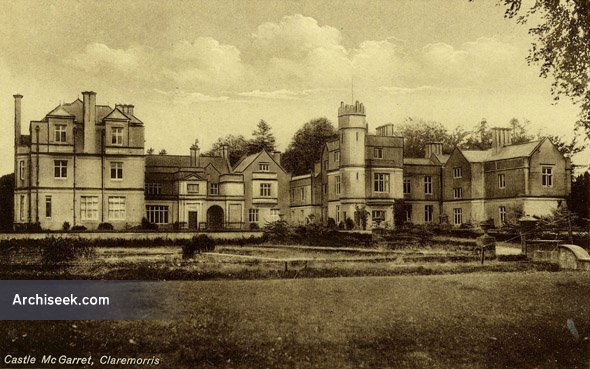 After the house of 1694 was destroyed in a fire in 1811, part of the current house was constructed. It was later extended in 1907 by Richard Orpen. There were unexecuted designs from 1811, believed to be by Richard Morrison but signed by Owen Fahy. After being the home of the Browne family for hundreds of years, they finally sold up in the 1960s which saw the land being taken over by the Irish Land Commission and the house turned into a nursing home. It was sold for redevelopment in 2006 and has been empty since.