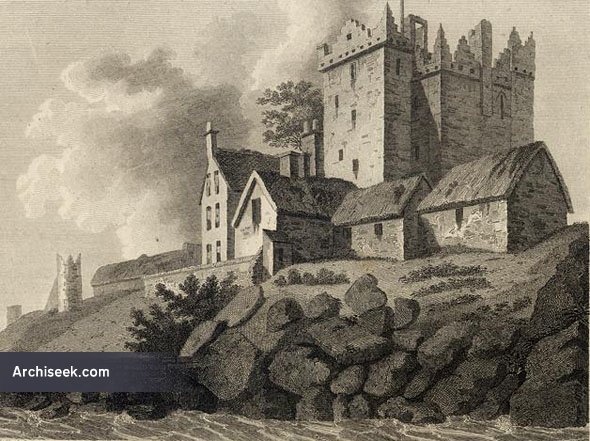 Built in the mid 13th century by the Cistercian monks of the Abbey of St. Mary in Dublin to protect the harbour for local fishermen. The castle building formed a gate into a courtyard that defended the harbour below with high walls and at least one other tower. After the dissolution of the monasteries, the harbour, village and castle were seized from the monks and passed down through various families until the start of the 18th century. Illustration, a copper engraved print published in Grose’s Irish Antiquities.