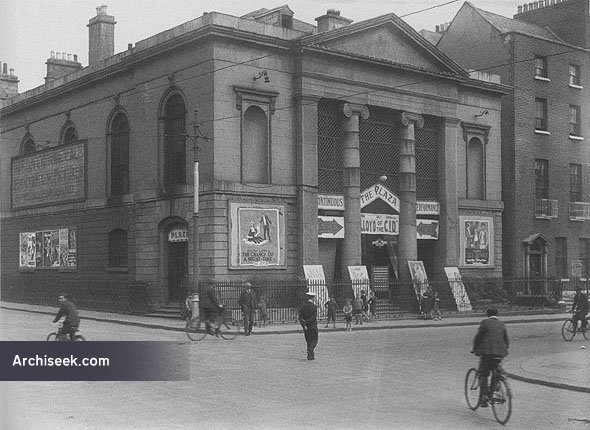 Erected around 1839 as the Protestant Bethesda Chapel to replace an earlier one of around 1785. The squat building was fronted by a simple, classical portico with two Ionic columns. Tall, arched windows on the upper floor supplied natural lighting entering along the sides. A low-pitched slate roof capped the building and its restrained exterior. Acquired in 1910 and converted the deconsecrated structure to one of the very first dedicated picture houses in the city. The architects Batchelor & Hicks, designed the necessary alterations to the chapel. It was Dublin’s largest cinema at the time, capable of accommodating 520 patrons in the stalls and a further 250 in the balcony. Initial changes to the building were kept to a minimum, retaining its exterior virtually unchanged. It opened on 13 May 1911 as the Dorset Picture House, later renamed the Plaza in the late 1920s. Over the years, the cinema developed a reputation as a fleapit. 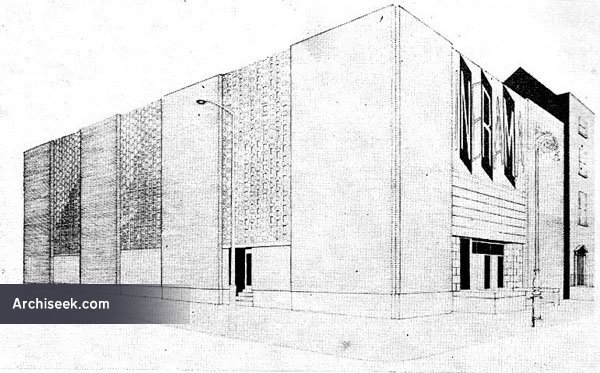 In 1967, it was converted to a Cinerama format, but its decline continued after a time. The auditorium was extensively remodelled to now seat just 754 patrons in front of the enormous, curved screen. The facade was re-clad with concrete blocks and the original portico with its imposing columns had projecting mouldings hacked off and the remainder hidden from view. The cinema eventually closed in 1981, and was used as a wax museum for some years before being finally demolished in 2005. At the time of demolition, with the removal of the concrete blocks, some of the original architectural detail could be seen for one last time.