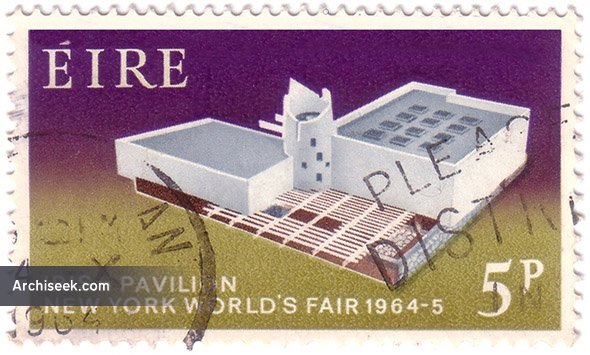 From the official guide; “Some contributions made by the Irish to the happiness of other parts of the world are beguilingly displayed in a series of courts and halls. The dominant architectural feature of the pavilion is a modern version of the medieval round towers that still stand in many places in Ireland. The whole is enclosed by a wall seven feet high, faced in Lisconner gray stone and reddish brown marble.” 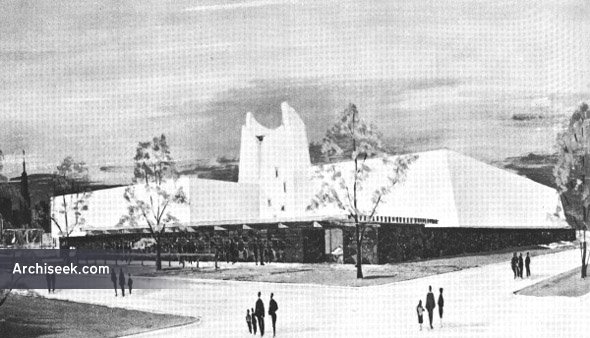 “A double wall of precast concrete wall panels having a surface of large random pieces of gray Irish stone completely encloses the Irish pavilion. The interior court yard floor is attractively surfaced with precast panels. The second story is encased in portland cement plaster, giving the structure the appearance of an Irish Castle.”