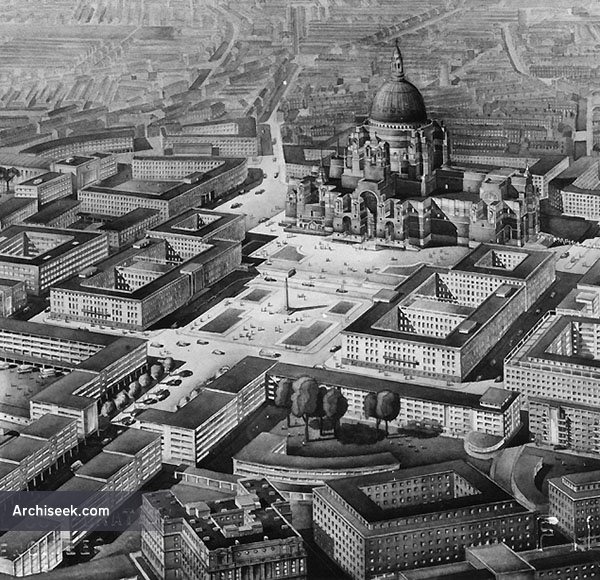 Lutyens’ unrealised vision for a re-arranged Liverpool centred around his uncompleted cathedral. The cathedral would have been a massive classical/Byzantine structure in brick and granite that would have become the second-largest church in the world. It would have had the world’s largest dome, at 155 metres compared to the 140 metres on St. Peter’s Basilica in Rome. Its vantage point and sheer size would have dominated the skyline. Work began in 1933 with the building of the crypt, which was all that was completed.