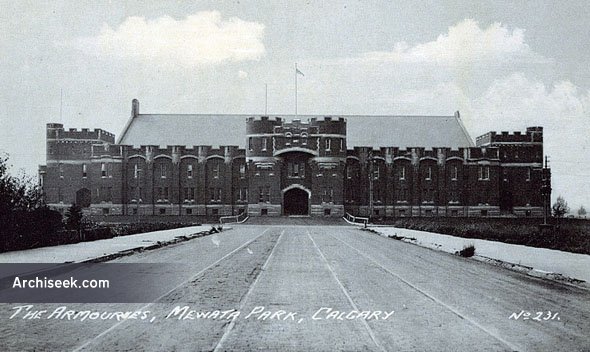 The building was built between 1915 and 1918 for an original cost of $282,051 Canadian dollars. The building was designed by Thomas W. Fuller (Department of Public Works Architect and son of Thomas Fuller) and the project was supervised locally by Calgary architect Leo Dowler. Designed in a Tudor/Gothic Revival style, the building features square corner towers, four smaller six sided towers, and buttresses with turrets and a crenellated roofline. The building featured a large central drill hall with 117 rooms (two stories) around the perimeter.