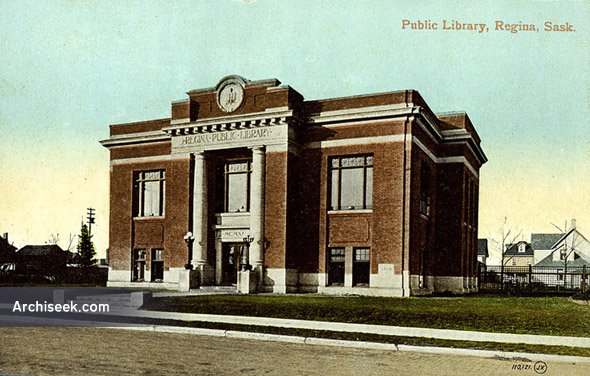 In 1910, after an approach from the city of Regina, Andrew Carnegie provided an initial grant of $30,000.00 for a new library building which was subsequently increased to $50,000.00.Just six weeks after opening in June 1912, a tornado struck Regina. The new library was among the many buildings that suffered damage. When Carnegie was contacted, he paid the reconstruction bill of $9,500.00. Demolishd in 1961. The stonework bearing the sign “Regina Public Library” was saved from the old building and placed in the entrance way of the new library building that replaced it.