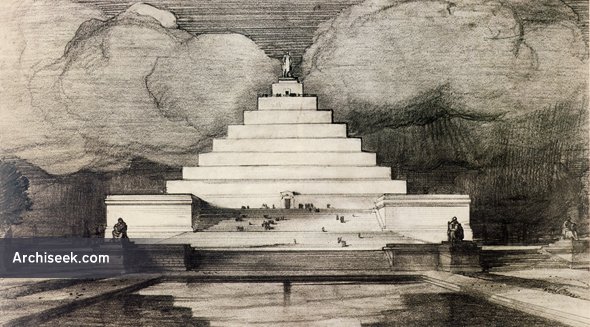 According to the Smithsonian, “Some historians believe that he created radical designs in a last-ditch effort to discourage the Lincoln Memorial Commission from using the swampy location, west of the Washington Monument. When he presented his many proposals to the commission, he only briefly touched on his pyramid series before strongly pitching ideas he had for other sites in the city.”