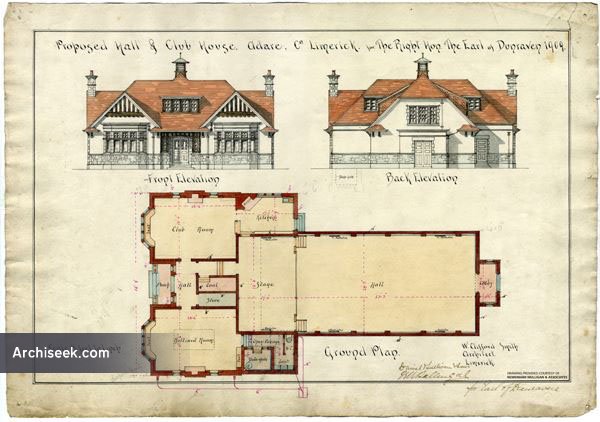 According to Jeremy Williams, “The original scheme for the hall survives as a drawing, a brilliant adaptation of Voysey’s idiom to a communal building by the English architect, Clifford Smith, working in Limerick. What was built in 1911 is much more conventional…” This was the final design for the village hall, an almost domestic in scale building, due to Smith’s layout, placing the hall to the rear. The drawing is dated 1909, but the building was opened in 1911.