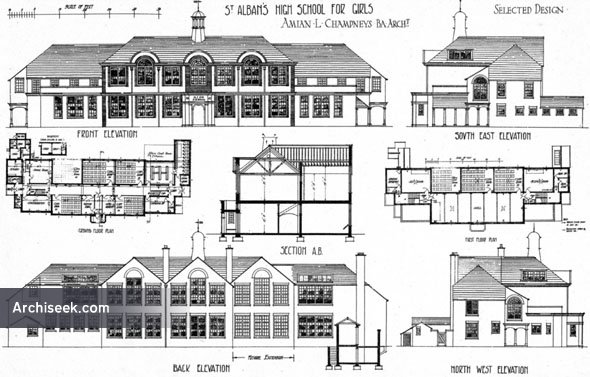 Selected design, showing elevations, section & plans, as published in The Building News, September 13th 1907. Built on part of the former grounds of Hall Place, a mid 15th century house demolished in 1907, which reputedly was where Henry VI was held following the First attle of St Albans in 1455. Previously the school also accepted boys up to the age of 10, with its most famous former pupil being Professor Stephen Hawking.