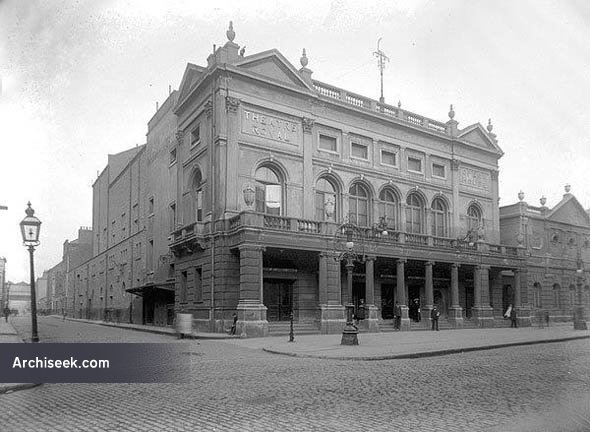 The second Theatre Royal but on the same Hawkins Street site as the first, opened on December 13, 1897, and was designed by Frank Matcham. It was actually a total refit of a 1886 building, known as Leinster Hall, originally designed by C.J. Phipps – the exterior was largely retained with additions.

It had seating for an audience of 2,011 people. As musical comedy went out of fashion in the early years of the 20th century, the Royal started to stage music hall shows on a regular basis. In one such show in 1906, a young Charlie Chaplin performed as part of an act called The Eight Lancashire Lads. In its final years, the Theatre was also used as a cinema. It closed on March 3, 1934 and demolished soon after and replaced with a new building.