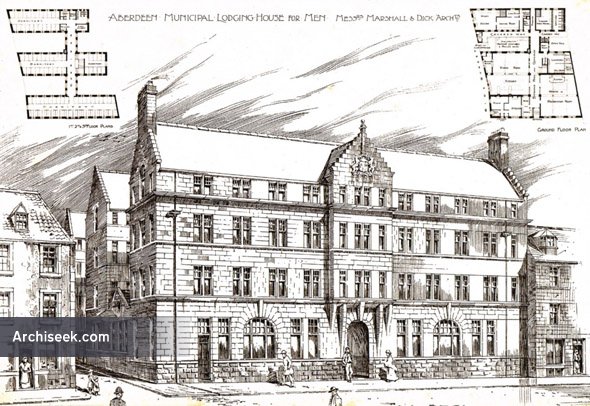 Perspective view & plans published in The Building News, April 9th 1897. Marshall formed a partnership with Robert Burns Dick in 1895 and the year after they won the competition for the Corporation Lodging House in Aberdeen. Born in 1868, Dick had been an apprentice in Newcombe’s office alongside Marshall, and had joined the Newcastle practice of Armstrong & Knowles as an assistant in 1888, remaining there until setting up on his own in 1893. The partnership of Marshall & Dick was dissolved in 1897after completion of the building. Thew building continued to be used as short-term emergency accommodation until 1988.