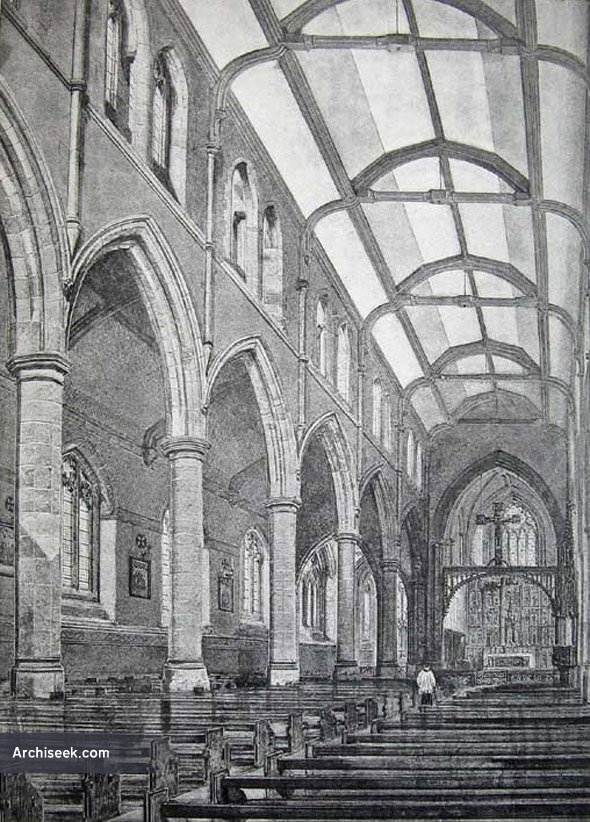 The foundation stone for the St. James church was laid on the 20 July 1884, twelve months after the building had commenced. It opened in early 1886. When the church opened, the two side altars were the altars from the old church re-sited in the new. The high altar was temporary, due to lack of funds, and the tower was not completed until 1896 .