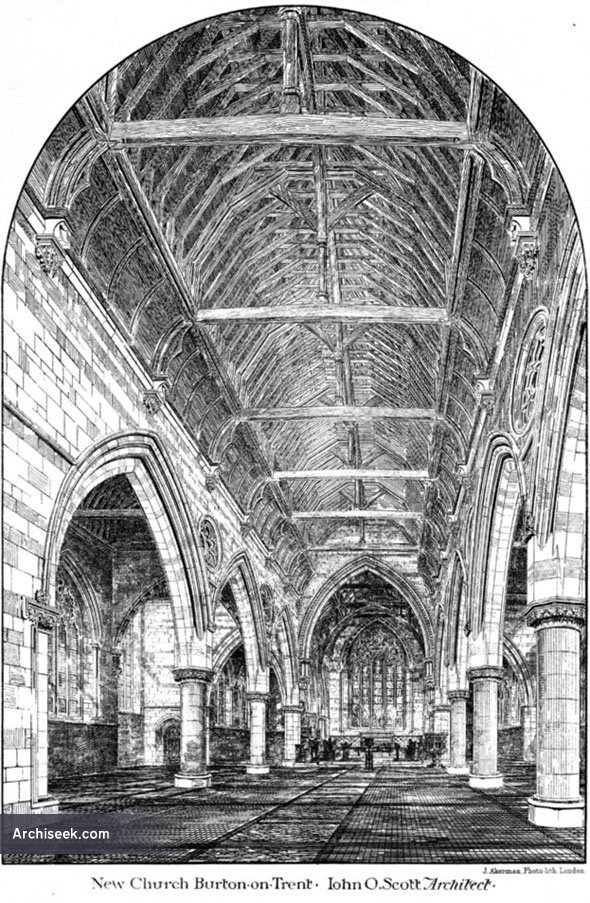 In 1878 it was decided to enlarge the chancel and add a vestry to an existing church on this sute, but before the work commenced a fire damaged the fabric and in 1879 it was decided instead to build a new church. The old church was demolished in 1880, and the new one opened in 1882, with three-quarters of the total cost being met by the Allsopp, a local brewing family. Built in Hollington stone to the design of John Oldrid Scott in the Decorated style, the church consisted of an aisled chancel with a south vestry, a broad aisled nave with a north transept, and a tall, engaged north-west tower to which a spire was added in 1886. The church was closed in 1969 and demolished in 1971.