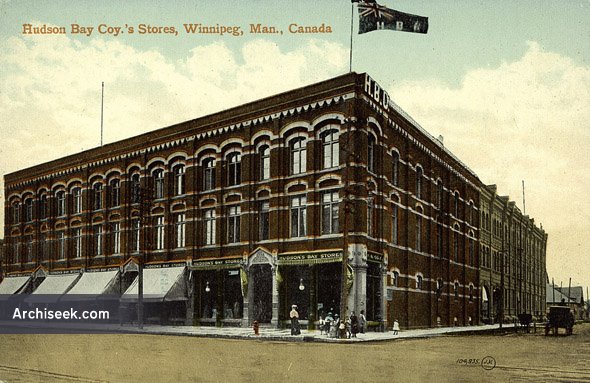 Built at Main & York, to replace an earlier store of 1874 further south on Main Street, which was constructed of stone from Upper Fort Garry. This building was used by the Bay until their massive store of 1926 opened on Portage Avenue. Demolished.