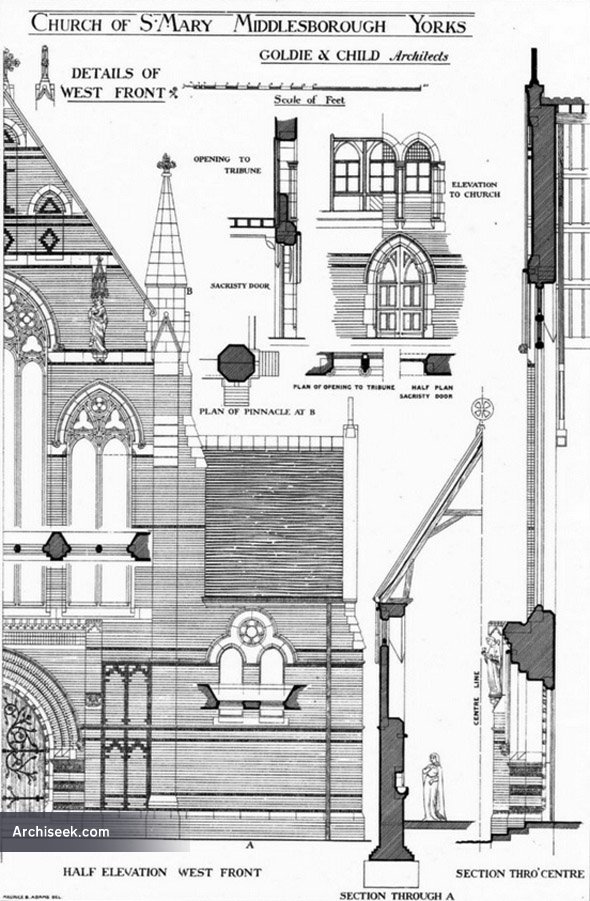 St. Mary’s Church was dedicated in August 1878 and early the following year became the Cathedral of the New See of Middlesbrough. The tower was not executed and the main entrance was eventually a different design. Burned down in May 2000, after a new cathedral was built in the late 1980s. Details of west front including elevations, sections & plans. Published in The Building News, August 10th 1877.