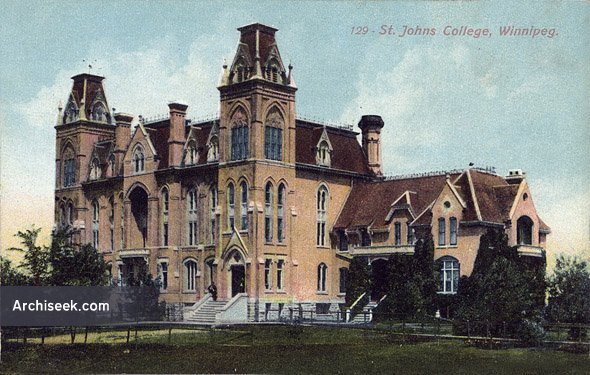 Anglican college founded in 1850, and re-established in 1866. Later affiliated with the University of Manitoba. In 1877 St John’s College, St Boniface College (Roman Catholic) and the Manitoba College (Methodist) became the founding colleges in the University of Manitoba; however, the College has maintained its strong connection to the Anglican Church. Demolished 1950.