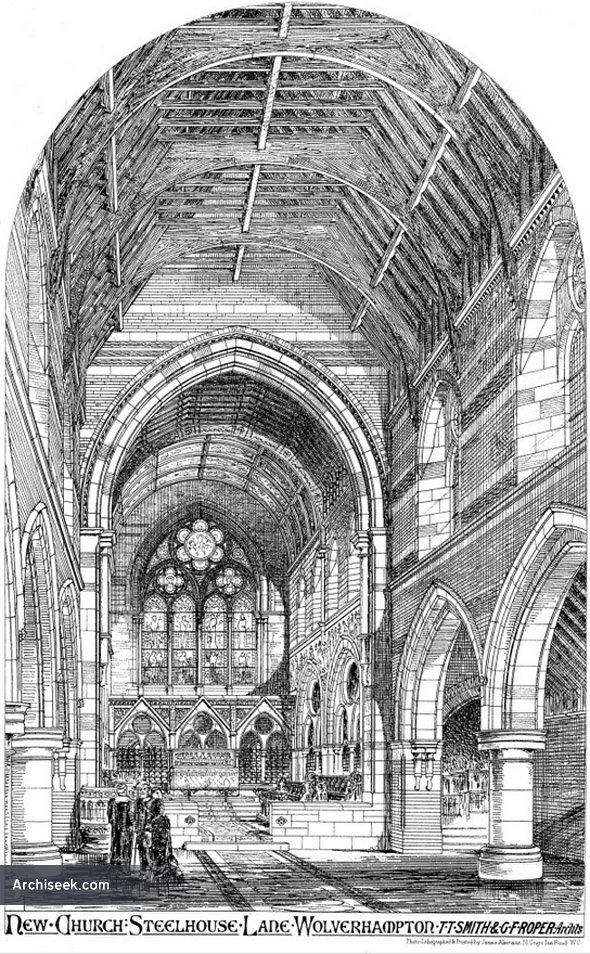 Illustration published in The Building News, April 14th 1876. The church was designed by London architects T. Taylor Smith & G. F. Roper in 1876, in the early gothic style, to replace the earlier Mission Church and School. The 88 feet long by 25 feet wide by 54 feet high nave of the present building was built in 1877-79 by Highams of Wolverhampton and was consecrated on All Saints’ Day 1st November 1879. As early as 1891 the church was already too small for its growing congregation, although the nave was designed to seat 800, and plans were submitted for enlargement by adding a chancel and vestry but these plans were rejected and abandoned. In 1892 new plans were submitted by local architect Frederick Beck; these were approved and a 34 feel long by 22 feet wide chancel, vestry, sacristy and side chapel were added in 1892-93. Within a century the population of the area again declined and the church became too large for its congregation. The nave has now been subdivided for use as a community centre,