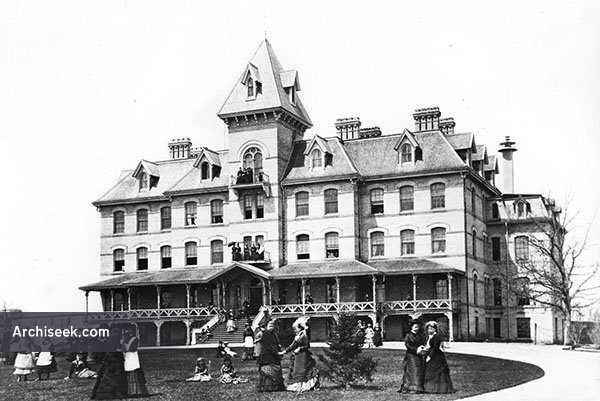 Founded in 1869 by the Rt. Rev. Isaac Hellmuth, second Bishop of the Diocese of Huron, and opened on September 23 of that year by H.R.H. Prince Arthur, the Duke of Connaught. Overlooking the Thames River and Brough’s Bridge on Richmond Street North, the school offered young ladies academic subjects as well as lessons in horsemanship, dancing and deportment. Church of England services were offered in the Chapel of St. Anne’s which was nearby. The college building was sold to the Sisters of St. Joseph in 1899 and was used as a motherhouse for the order as well as an orphanage and later as a boarding school for girls. It was demolished in 1976.