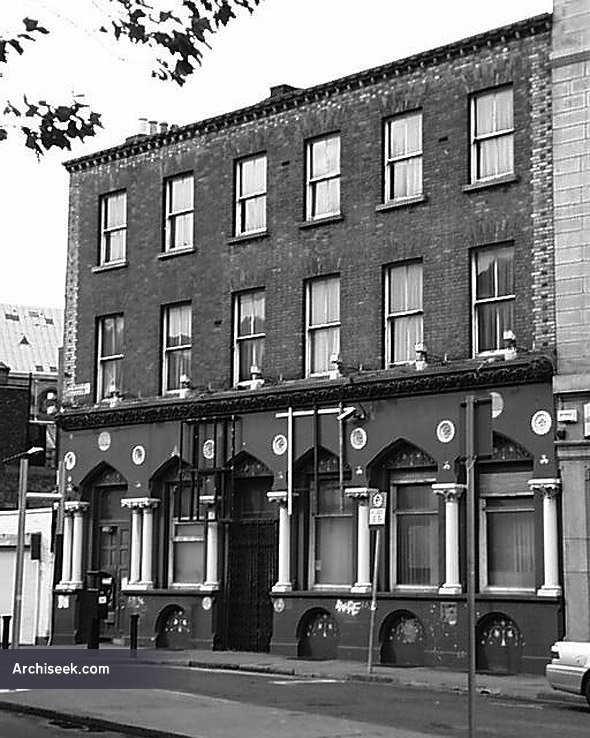 Former banch bank for the Royal Bank, later part of AIB. Now no longer used as a branch. Fine streetlevel facade with high but relatively plain banking office behind. The building is now offices with a glazed and setback attic storey added to the building.

Described prior to construction in The Dublin Builder, “The building will be of Italian Gothic character; the office front with columns, carved caps, bases, window heads, &c., executed in limestone. The ground floor affording a vestibule and public office, extending from front to rere, with manager’s office and teller’s departments; the strong rooms and money safes being in the basement. The upper storeys arranged as residence for officials, with kitchen offices, &c., on top floor.”