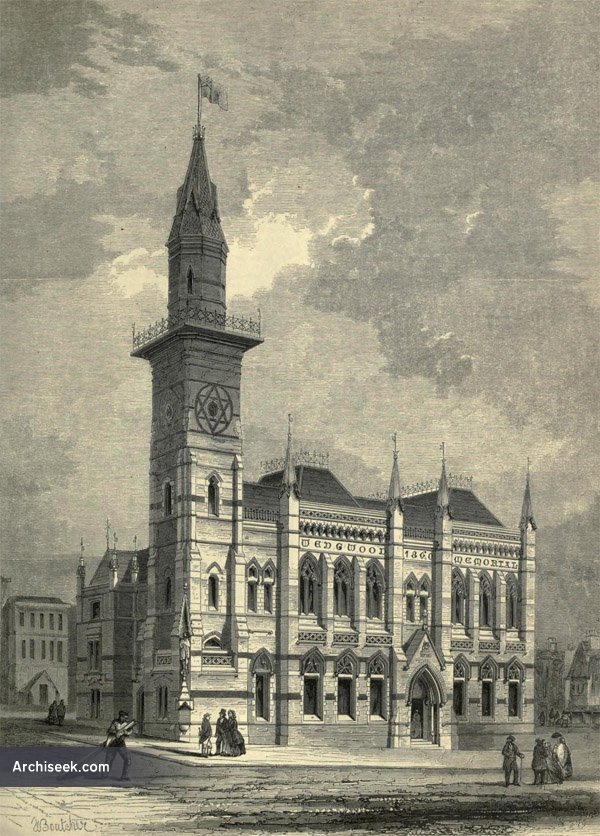 “MANY of our readers will doubtless remember that within the last two years an effort was made to raise subscriptions for the purpose of erecting a monument to the late Josiah Wedgwood, the father, we may call him, of English pottery, and the introducer of that peculiar kind of ware which bears his name, and has attained such a world-wide renown. Until this devoted and talented potter arose, ceramic art was at a very low ebb in this country, and no one felt it and regretted it more than himself. Until he ventured upon the task, the reproduction of the forms witli which the Etrurian potter clothed his plastic material was not thoughtof, or, if so, only as an Utopian dream. Wedgwood knew the properties of the clay with which he had been accustomed to deal, he knew the skill of the men with whom he had worked, and the art-love evinced by them, and which sighed for the opportunity of raising their craft above the level to whicli it had sunk. With the ” willow ” ware and the common delph they were alike disgusted, and urged on by an irresistible desire to implant a purer taste in the minds of the public, he resolved to travel, to judge for liimself of the art-treasures of that renowned province — of those art-celebrities, the Etruscans. To examine also the properties of the materials by which these art-productions were made, was likewise one of the great objects he had in view.

Wedgwood therefore travelled. He explored Etruria, dived into the arcana of the art-epochs of the Assyrians and their contemporaries, spent many years in laborious research, and returned to this country to give effect to those day dreams which haunted him; to give life and animation, beauty and symmetry, to the hitherto crude productions of the Staffordshire potteries, and to display to the world the power that mind has over matter, and the potter over the rude materials which he had hitherto been led to believe incapable of receiving the impress of forms more refined or more correct than those which time had handed down as the type of the ponderous art and skill of the Egyptians.

The result of all this labor— of this devotion to the craft with which he was identified — we all know. The ” Wedgwood ware ” has found its way over the length and breadth of the land, is valued in the United States, and sought for in all our colonies — nay, even on the Continent, and in the regions made sacred through classic lore, it is sought after as one of the most valued contributions to science and art, and has become essentially a modern requirement. So wedded was he to the art displayed by the Etruscans, so intensely wrapt up in their ceramic productions in material, as well as form, that he named the district in which his works were situate ” Etruria ” — a spot the most renowned even of those well-known spaces for which, unitedly, their staple manufacture has earned the title of “Potteries.”

To worthily commemorate, therefore, the life and labors of this justly great man, the inhabitants of Burslem, Etruria, Newcastle, Hanley, Stoke, Longton, &c., resolved to unite and erect a memorial in some locality which was consecrated as it were by his labors. In very few months a goodly sum was raised, and with it th6 question as to the shape the memorial should assume. Guided, perhaps, in some little measure, by the decision of the committee, in the matter of the ” Minton Memorial ” (which was eminently utilitarian in its character, resolving itself into a building for public baths, Sec, for the inhabitants of Stoke-upon-Trent), and feeling the want of a suitable home in that district for ” art and science,” they resolved to supply that long-felt want, and associate with the building the name of that man whose whole life was one long series of devotion to its welfare and advancement. After much deliberation. ” fnstructions,” believed to be ample and complete, were drawn up, and the whole profession of architects invited to compete for the honor of being associated with a building which would stand as a beacon to future generations, pointing to them at once the goal which rightly directed labor may reach, and the reward which follows, and which crowns the brave heart that grapples with the difficulties of the contest, and fights its way to success.

In the instructions the Committee stipulated for the following accommodation : — A free library, to contain an area of 600 feet ; a room for a reference library: a museum, with 1,200 feet super.; an elementary class-room of like contents ; a ladies’ class-room, 500 feet ; master’s room, &c., with watercloset and lavatory conveniences. There were also to be apartments- provided for a resident keeper.

To this invitation twenty-nine architects responded, and the designs were, through the exertions of the Committee publicly exhibited for several days in the Town-hall of Burslem. Feeling themselves thoroughly, incompetent to deal with the task before them in such a manner as to- arrive at a satisfactory solution of their difficulty, they invited the assistance., of an architect and an artist— the first being the talented designer of the. building in which they were hung (Mr. G. T. Robinson, of Leamington), and the other the master of the School of Art (Mr. llammersley). After. ‘ two days’ hard work, they selected four from among them out of which to choose the premiated designs. The four reported upon by the referees were, as follows :— -” Think well on’t,” by Messrs. Ford and Meyer, of Burslem “Jus supra vim,” by Messrs. Wigginton, Bennett, and Morris, of Dudley- and London ; ” May the Arts flourish,” by Mr. C. H. Cooper, of London ;- and ” Pro bonoPublico,” by Mr. Murray, of Coventry. After further consideration, the Committee ultimately awarded the premium to— first, Messrs. Ford and Meyer, of Burslem ; and, second, Mr. Murray, o£, Coventry. “