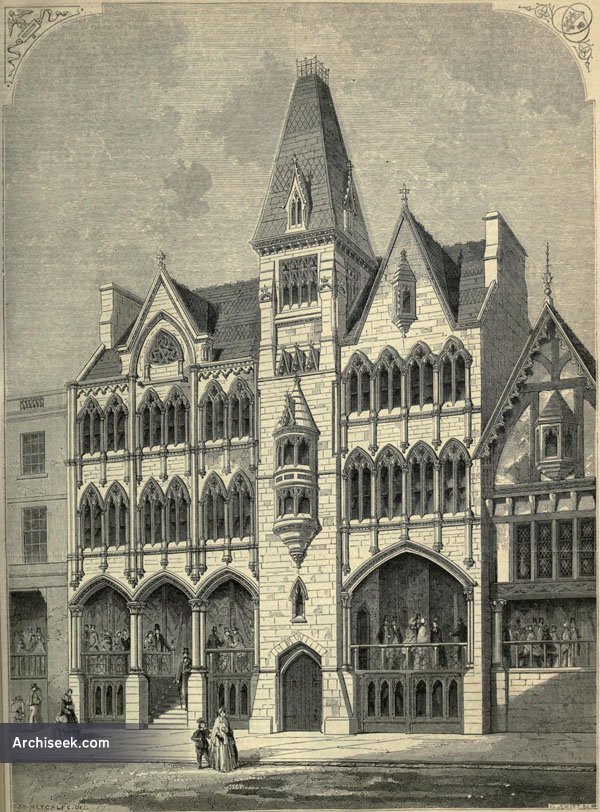 Published in The Building News, 1860. Constructed to continue the famous Chester Rows within the design, Penson’s Crypt Chambers is a Grade I listed building. It was built as a department store for William and Charles Brown of the Browns of Chester family of drapers. The building is in four storeys plus attics. It is constructed in red and yellow sandstone with a roof of brown tiles. The façade is asymmetrical, having a square stair turret, with three bays to the east and one wider bay to the west. At the street level five steps at the base of the tower lead down to the undercroft and in the middle east bay eight steps lead up to the Row level. Between these are shop fronts. At the Row level are cast iron railings behind which are stallboards and above them are moulded arches. Crypt Chambers still contains a department store, Debenhams, which maintains its traditional name of Browns of Chester.