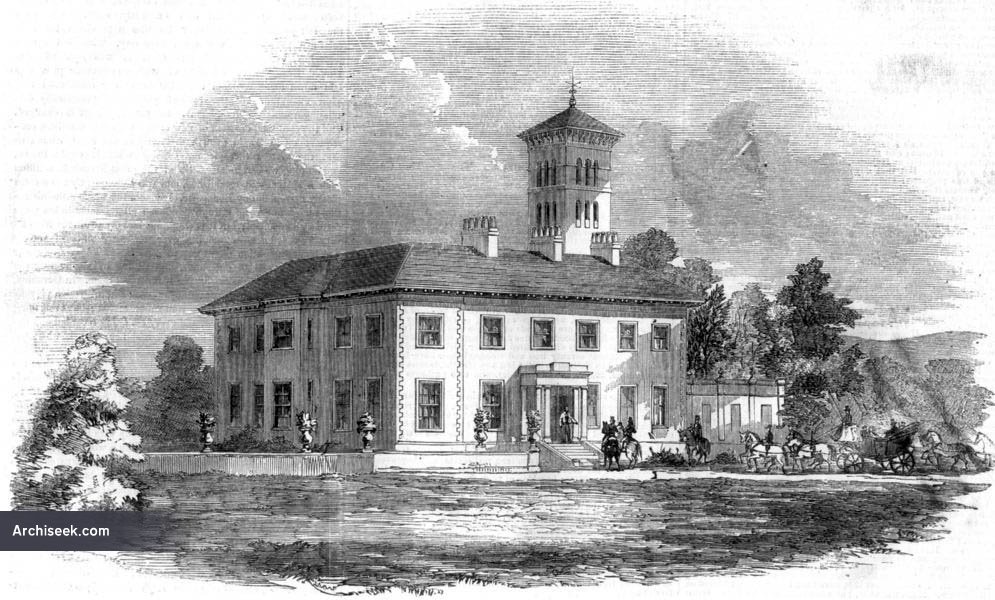 Probably initially design by Dargan for himself with work also by John Skipton Mulvany. After Dargan sold the house in 1863, it became a convent and school with many alterations and extensions by various architects. Illustrated is its appearance on the visit of Queen Victoria in 1853 to offer Dargan a baronetcy, in honour of his great contribution to engineering and railways. He declined the offer.

Through his own company, Dargan built dry docks, reclaimed land, improved harbours, pioneered the development of the seaside resort of Bray in County Wicklow, and was a major investor in Irish industries. He is regarded as being a key influence in the economy of nineteenth century Ireland. Indeed he financed and organised the Dublin Exhibition of 1853, losing much money in the process.