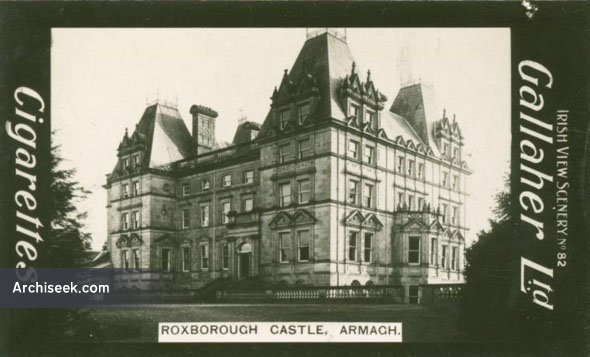 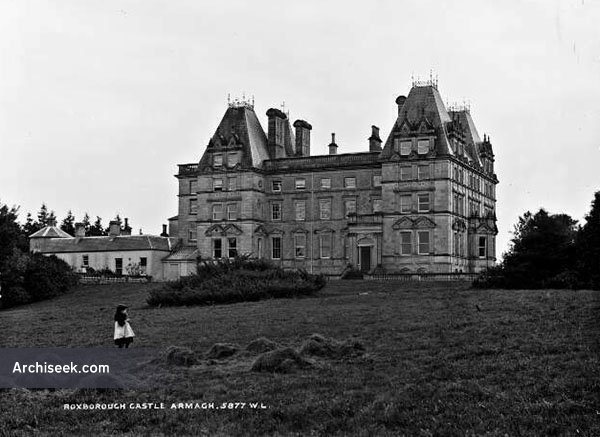 Seat of the Earls of Charlemont, and originally built in the 18th Century but heavily remodeled by the second Earl in 1842, his architect being William Murray. Wings were added of 1 bay and 2 storeys over a basement, running the full length of the original block; these were in Murray’s rather restrained Italianate style; the original block being given triangular window pediments and similar features so as to match them. The entrance was moved round to the side of one of these wings, which became the new entrance front; of 3 bays with a low portico. The result was a house in the French-style chateau style. 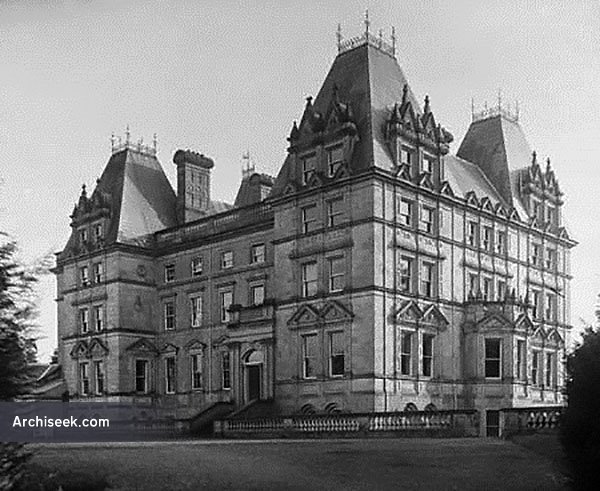 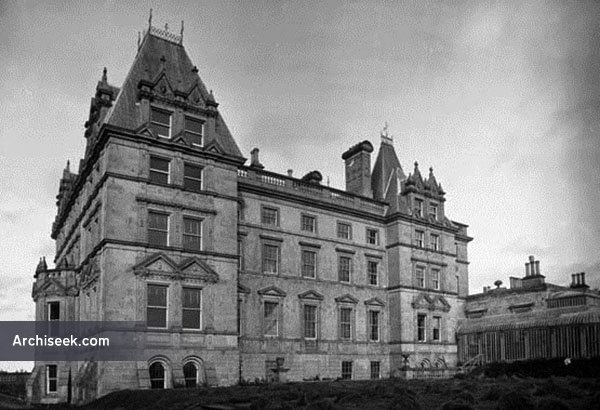 In 1850 a conservatory, by Richard Turner, was added. In 1864 the third Earl began further remodeling to designs by William Barre, with some fitting being installed from the family’s Dublin home, Charlemont House. Barre rebuilt the east and west wings and re-roofed the whole structure. The new wings were roofed by the construction of tower like mansards, or curb roofs and the overall effect was a hybrid of the Classic and Gothic.

Owing to the combination of the political situation in the early 20th century and the financial ineptitude of the family it fell into ruin and was professionally dismantled in the summer of 1920.