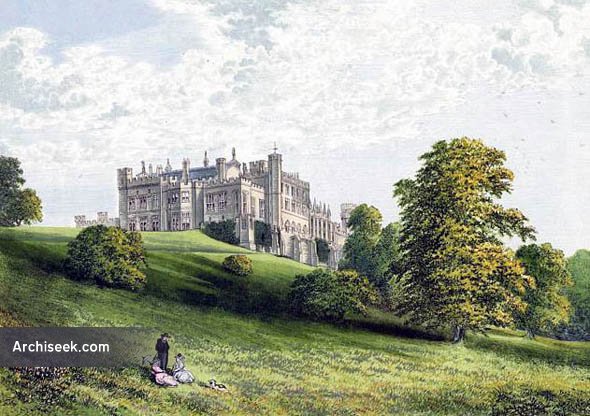 Largely constructed in its present form in the early 19th century by John George Lambton, first Earl of Durham and one-time Governor General of Canada, it was built around the existing Harraton Hall, a 17th century mansion. The castle was designed by architects Joseph Bonomi the Elder and his son Ignatius and built in the style of a Norman castle. The building overlooks the wooded Wear Valley and it was paid for with coal mining wealth accumulated from the mines which ran below the castle and others across County Durham. Later additions of 1862-5, including the great hall, by Sydney Smirke were largely demolished in 1932 due to a decline in the family’s fortunes.