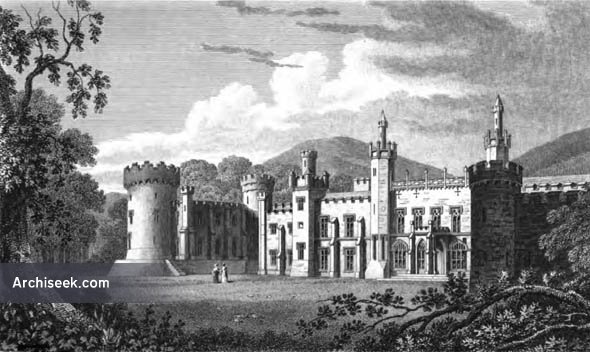 Built in 1812 for the 2nd Earl of Landaff, the large Tudor Revival castle incorporated a previous 17th century house, thought to have been designed by Sir William Robinson. Now a ruin, the castle was the victim of the decline of the family’s fortunes and was largely closed up in the early part of the 20th century. Now a spectacular ruin.