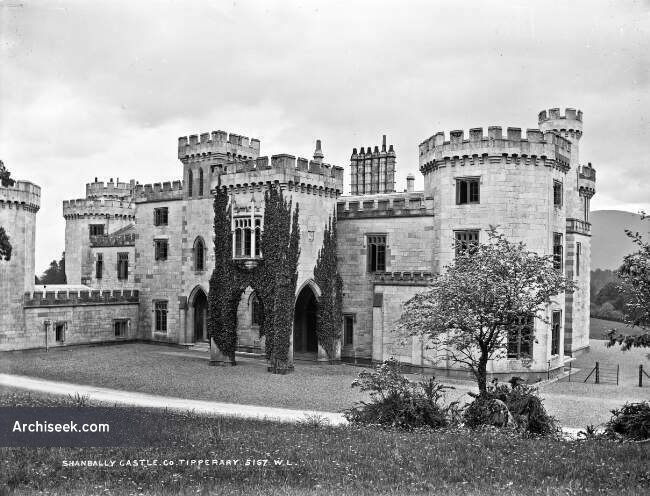 Shanbally Castle was built for Cornelius O’Callaghan, the first Viscount Lismore and was the largest house built in Ireland by the noted English architect John Nash. Acquired by the Irish Land Commission in 1954. On 21 March 1960 the castle, after much controversy, was demolished.

It was widely felt that the castle was in habitable condition, having been sold to the government in good repair. The house had ranges of Gothic windows and was flanked by towers at either end. The interiors were reportedly well-detailed with ornate plasterwork. 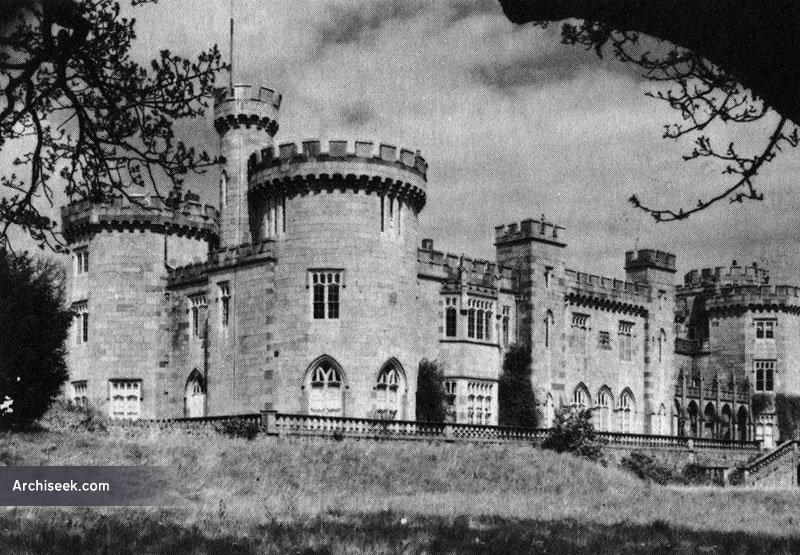 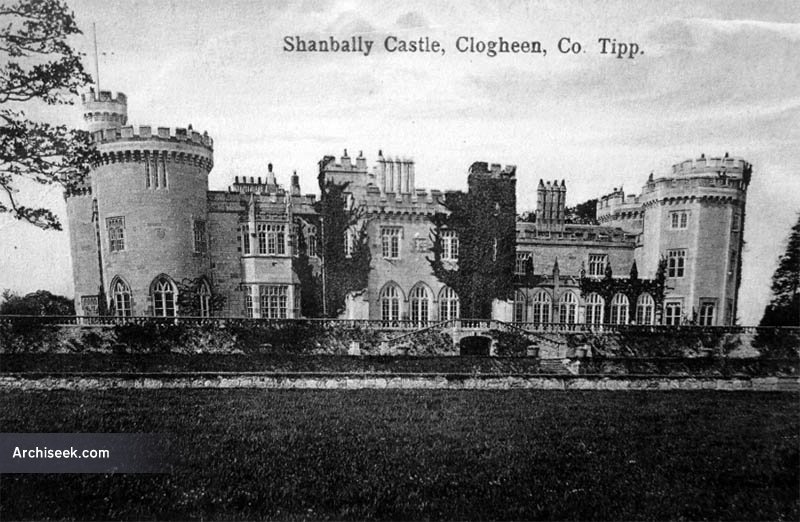 For a time it seemed that a purchaser could be found in the form of the London theatre critic Edward Charles Sackville-West, 5th Baron Sackville. He agreed to buy the castle, together with 163 acres, but pulled out of the transaction when the Irish Land Commission refused to stop cutting trees in the land he intended to buy. A statement from the Irish Government released after the demolition of the Castle said in response to protests favouring the retention of Shanbally Castle for the nation: “Apart from periods of military occupation the castle remained wholly unoccupied for 40 years”.