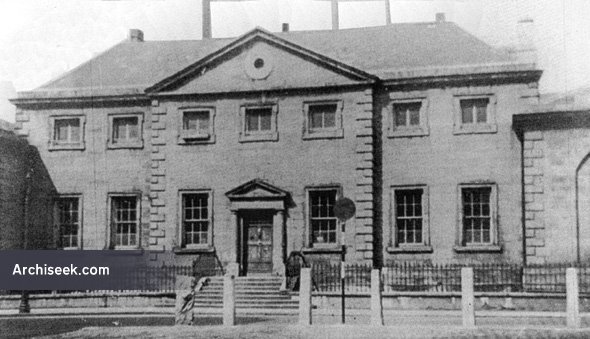 The architect of the Westmoreland Lock Hospital is uncertain. The archives of the Irish Architectural Archive mention drawings by Francis Johnston for wings and rear additions. There is also a suggestion of work by Edward Parke. Originally a hospital for venereal disease, it treated both sexes, but later almost exclusively women. In 1949, the crumbling hospital building was declared unsafe and the hospital was closed shortly afterwards with the building demolished.

Described by Lewis in 1837: “The Westmorland Lock Hospital was opened in 1792, for the reception of venereal patients of both sexes, and was originally designed for the reception of 300 inmates; but afterwards the number of beds was reduced to 150, to which females only are admissible. The building, situated in Townsend-street, consists of a centre, in which are the officers’ apartments, and two wings, with additional buildings for the reception of patients; the centre and wings project a little, and the former has a plain pediment.”