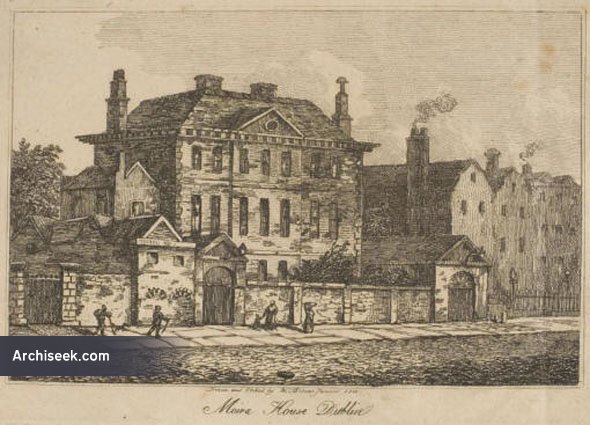 Built as the Dublin home of the Earls of Moira. Later became part of the Mendicity Institute which mirrored the composition so that the original Moira House was the right hand side of their enlarged building. Demolished in the early 1950s, after having its top floor lopped off some years earlier..