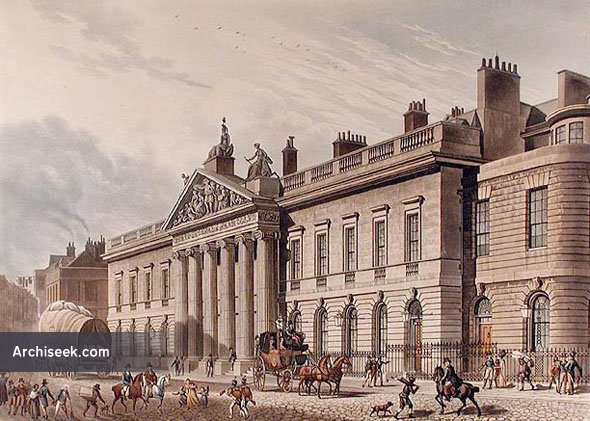 East India House in Leadenhall Street was the headquarters of the British East India Company, and was built on the foundations of the Elizabethan mansion Craven House, to designs by the merchant and amateur architect Theodore Jacobsen. Much of British India was governed from here until the British government took control of the Company’s possessions in India on November 1858. The exterior as Jacobsen originally designed it is known from a detailed wash drawing by Samuel Wale, ca 1760. Its central five-bays were three storeys high, with an attic storey disguised behind the cornice balustrade. Later extended in the 1790s, it was put up for sale in 1858 and demolished in 1861. The site is now occupied by the Lloyd’s building.