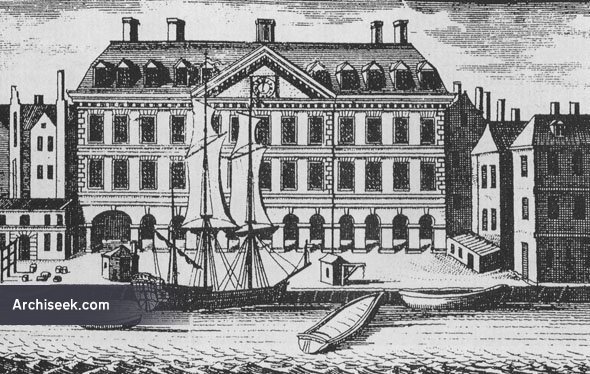 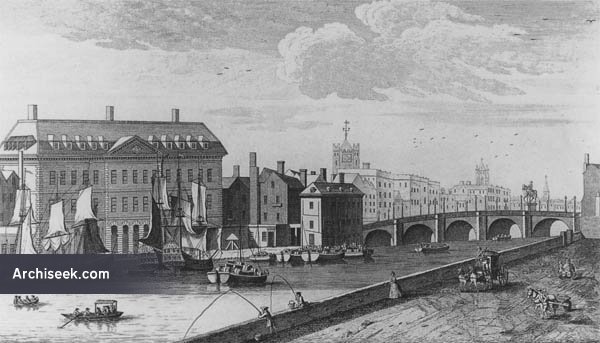 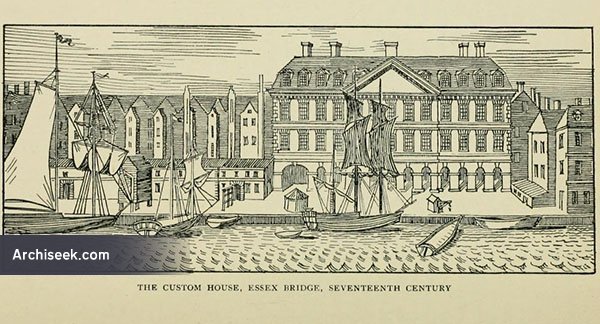 The previous Custom House by Thomas Burgh and built in 1707 was sited up river at Essex Quay and was judged as structurally unsound just seventy years later.

The site chosen for the new Custom House met with much opposition from city merchants who feared that its move down river would lessen the value of their properties while making the property owners to the east wealthier. The old Custom House was used as a barracks for a time until it was demolished.