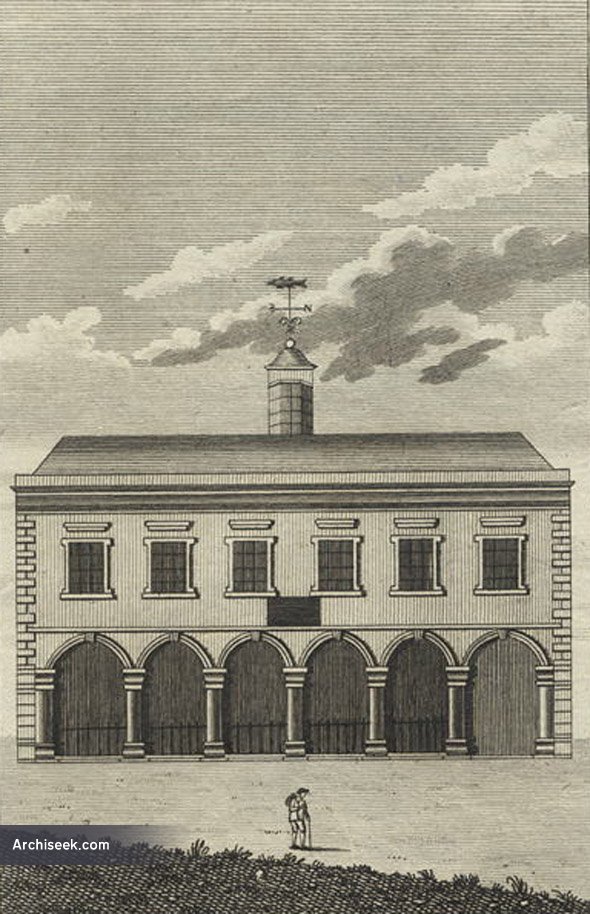 The Limerick City Exchange was built in 1673, close to St. Mary’s Cathedral to house the city’s covered market and council chamber. In 1702 the Exchange was demolished and replaced by a new larger building to allow for the development of wider streets in the city. Further rebuilt during 1777-78. During the mid-1800s, the Exchange fell into disuse after a new town hall was constructed across the bridge in Rutland Street, and eventually was used as a primary school. All that remains of the Exchange now is a row of Tuscan columns in the wall surrounding St Mary’s graveyard, and the name of a local street. 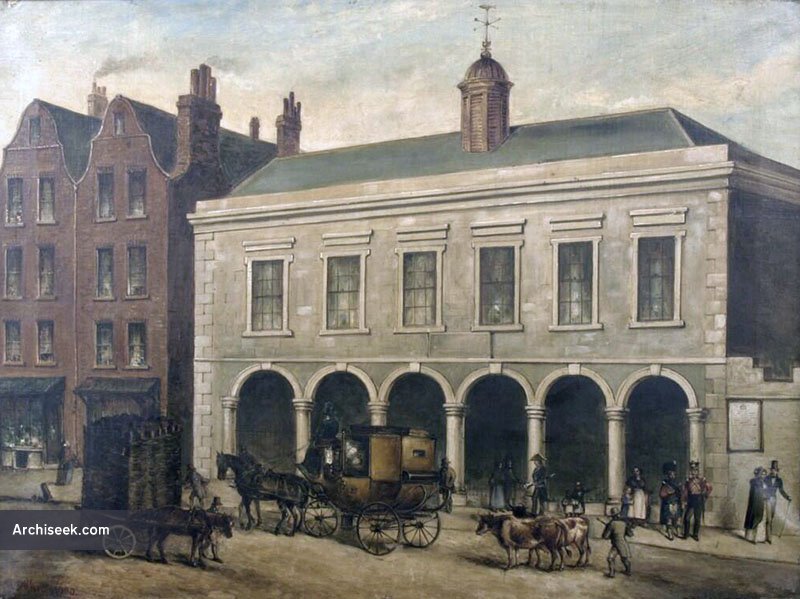 Described by Lewis, “The Exchange, erected in 1778 at an expense of £1500, is one of the chief ornaments of the old town; the front is of hewn stone, and is adorned with seven Tuscan columns connected by a handsome balustrade. The council-chamber is a fine room of the Ionic order; and there are various convenient municipal offices.”

“The Exchange at Limerick” anonymous engraver, published in Picturesque Views of the Antiquities of England & Wales, 1786.