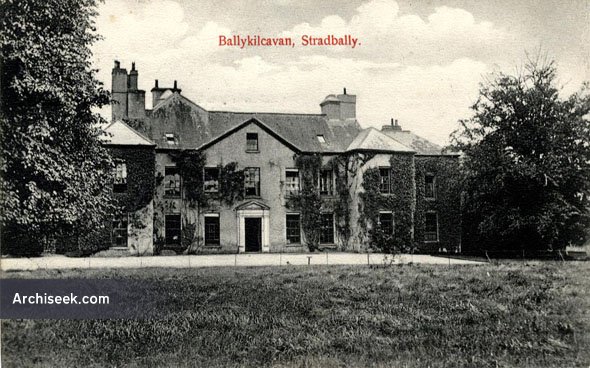 Ballykilcavan has full-height wings like flanking towers at the corners of the entrance front while similar towers on the rear of the house are now hidden by later extensions. These towers were a feature of fortified houses of the seventeenth century and lingered on into the early eighteenth century as decorative features. The house is comprised of a ground floor (unusually at ground level), an upper floor and an attic storey, where the dormer windows have been replaced by skylights. It has been altered and extended many times over the centuries but many rooms retrain their late-seventeenth century dimensions though the decoration is later.