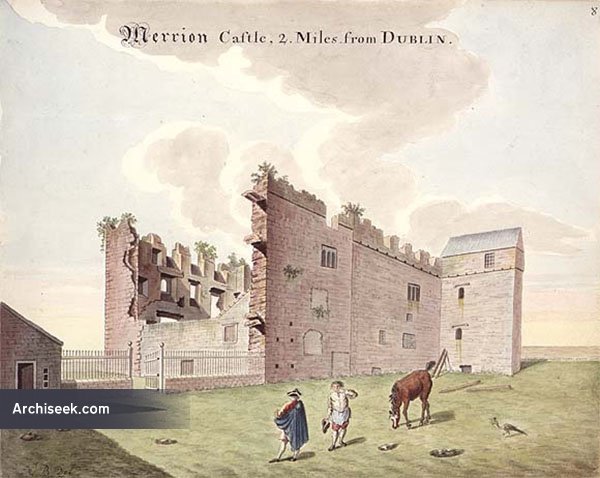 Merrion Castle was a medieval castle situated in present day Mount Merrion. Built in the early fourteenth century, it was from the sixteenth to the early eighteenth century the principal seat of Viscount Fitzwilliam. After the Fitzwiliam family moved to Mount Merrion House the castle fell into ruin, and it was demolished in 1780. No trace of it survives today. It was located opposite Merrion Gates, on the site of St. Mary’s Home and School for the Blind.