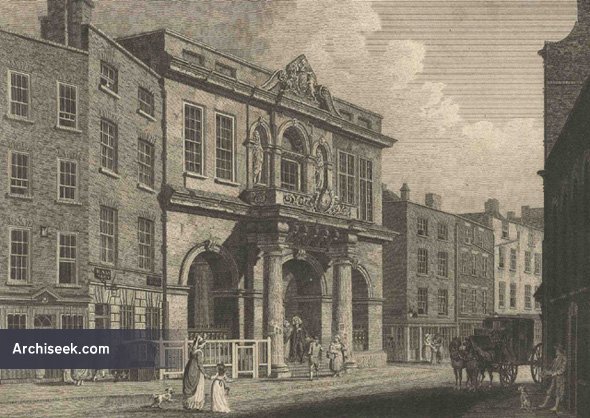 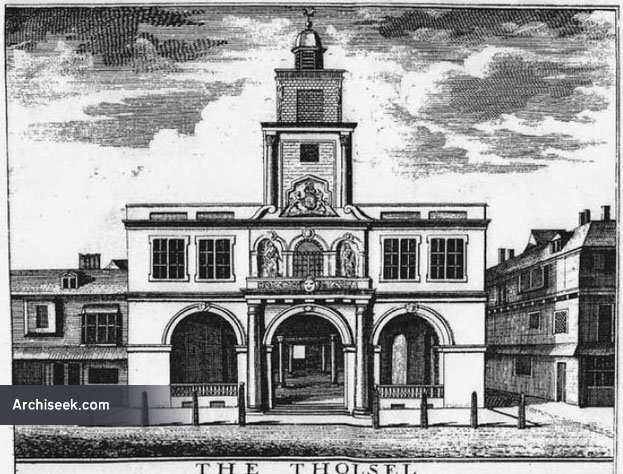 The name “Tholsel” is derived from two old English words: “toll”, meaning tax; and “sael”, or hall, the place where tolls were paid. In the middle ages it served as court house, custom-house, guildhall and a meeting place for merchants.

The Tholsel building in Dublin was a late medieval building, rebuilt in 1682, erected as a merchants’ hall at the corner of Nicholas St. and Christ Church place, next to the Church of St. Nicholas Within. Known as Skinner’s Row, it was later widened to become Christchurch Place. The building was demolished in 1820, having largely being superseded by the Cooley’s City Hall. The two statues on the facade of Kings Charles II and James II have been in the crypt of Christ Church Cathedral since the building’s demolition.