1872 – The Church of All Souls, Grosvenor Park, Camberwell, London 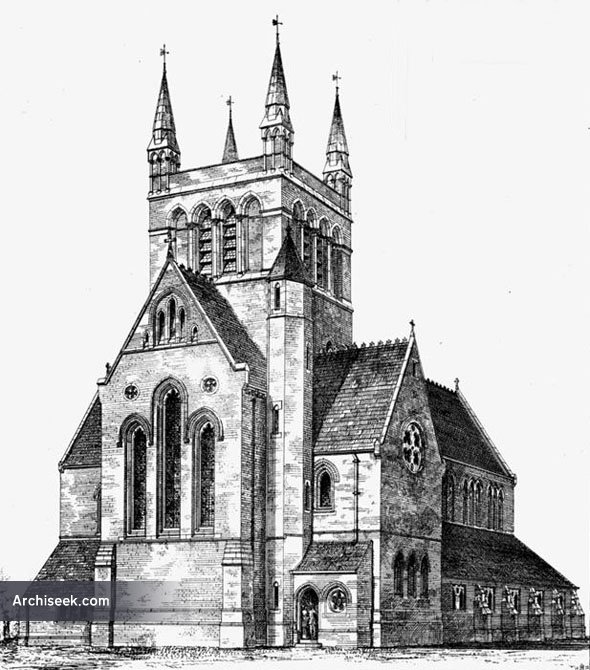 Described as “The inside is spacious (two bays of the nave are screened off at the west…. paintings of Old and New Testament worthies in the spandrels of the arcade.” (from ‘Parish Churches of London’, Basil F L Clarke, Batsford, 1966). Damaged by bombs in 1941, a scheme of 1956 provided for its restoration. It was declared redundant and demolished in 1973; the site was sold in 1974 for £ 84,000 and housing and shops now stand around the three sides of the triangular site. Published in The Building News, October 4th 1872.