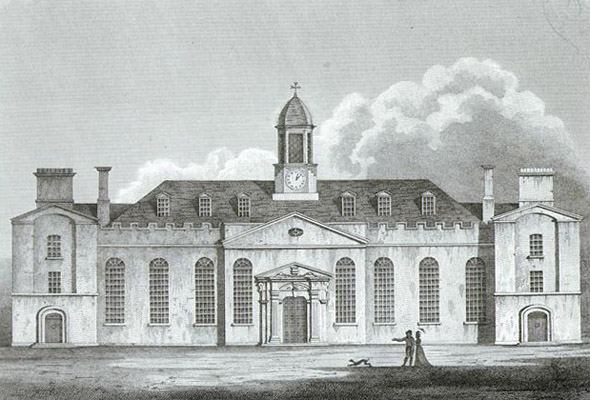 In 1704 the Foundling hospital of Dublin was opened. From 1,500 to 2,000 children were received annually. A large income was derived from a duty on coal. Conditions in the Dublin foundling hospital were particularly bad and after various attempts at reform its closure was ordered in 1830. Of 52,150 children admitted during 30 years ending January, 1826, 41,524 died.

The buildings were then used as a workhouse for the poor and it became known as the South Dublin Union. The workhouse infirmary which originally catered for sick inmates only began to take on an increasingly active role as an infirmary for the sick poor. The hospital continued to develop as a municipal hospital with the formation of the new state and the name was changed to St. Kevin’s Hospital. Later in the century plans were made to amalgamate some of the smaller voluntary hospitals in the city and to build a new hospital at St. Kevin’s which would become known as St. James’s Hospital in 1970.

While the original architect is unknown, Francis Johnston was reponsible for the addition of castellated parapet ‘and a few other decorations’ to the entrance front and chapel between 1798-1804.