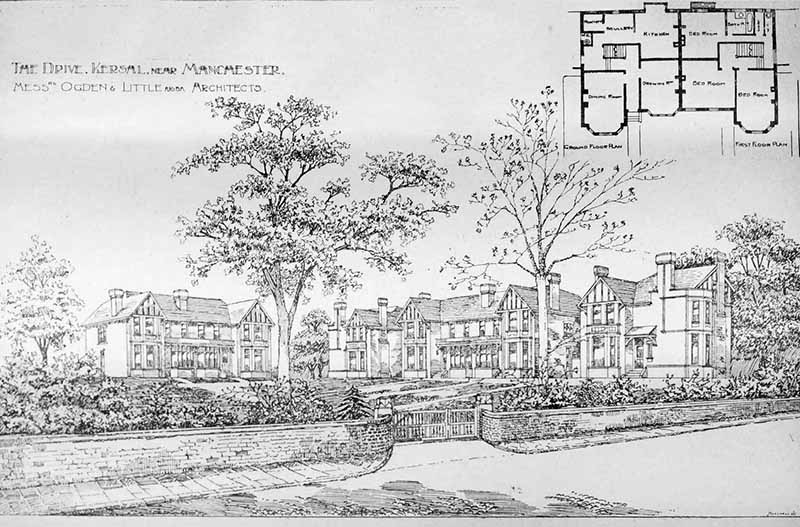 “This group of two detached and four semi- detached houses has recently been erected for Mr. Richard Hankinson, from plans by and under the superintendence of Messrs. Ogden and Little, A.R.LB.A., Cross-street, Manchester. The walls are faced with Ruabon bricks, with half- timber work in the gables. The roofs are slated. Mr. Robert Holland, of Higher Broughton, was the contractor. The plans given show the arrangement of all the houses, which in this respect are repeats in the main.” Published in The Building News, September 22 1899.