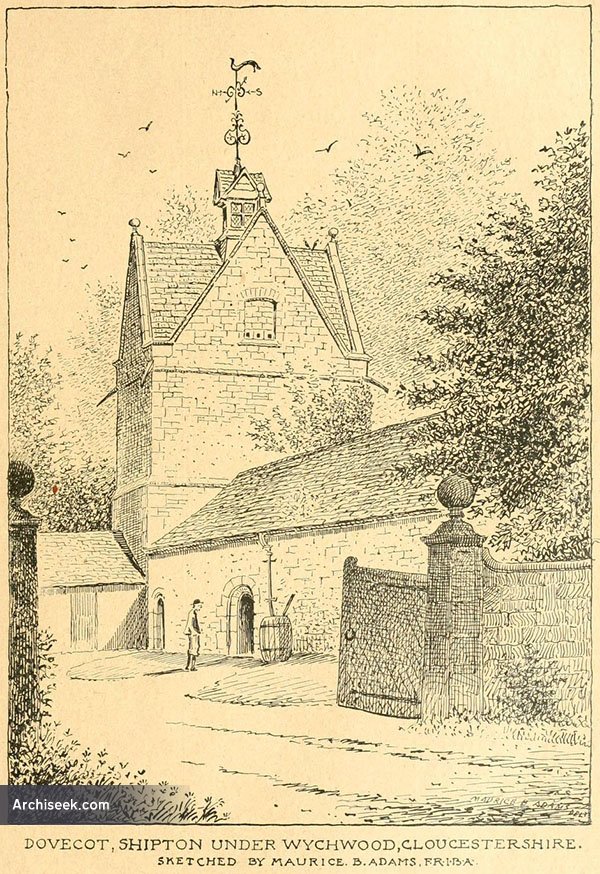 Shipton Court on the south side of the village was built for the Lacy family in 1603. It was bought and remodelled in 1663 by the Reade family, who retained it until 1868. Frederick Pepper, who bought the house in 1900, added both a new residential wing and a service wing to the property. The estate was broken up in the late 1940s. “The dovecote belongs to a notable Elizabethan house long ago known as the country seat of the Reades. The four gables and its glazed lantern light furnish a quaint skyline schemed in a plainly managed manner surmounting a four square tower terminating with the turret. The walls are of axed masonry with quoins well in scale to match. The roofs are covered with stone slates.” Published in The Building News, February 26, 1919.