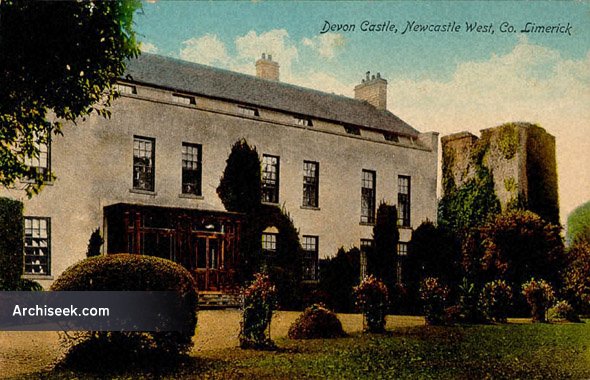 The original Fitzgerald castle was granted to the Courtenay family in 1591. The Castle was occupied by David Mahony and his son Peirce Mahony in the mid 18th century. Bence Jones writes that the residence of the Earls of Devon in county Limerick was a house of 9 bays in the castle precincts. This house was occupied by the agent to the Devon estate Slater describes it as Courtenay Castle in 1894 when it was occupied by Charles Curling. In 1910 it was bought by the Curling family who had been agents for the absentee landlords. Burned during the Civil War on 8th August 1922. The Castle remained in the possession of the Curlings until the 1940s.