1885 – Memorial Fountain to The Earl of Sandwich, Huntingdonshire 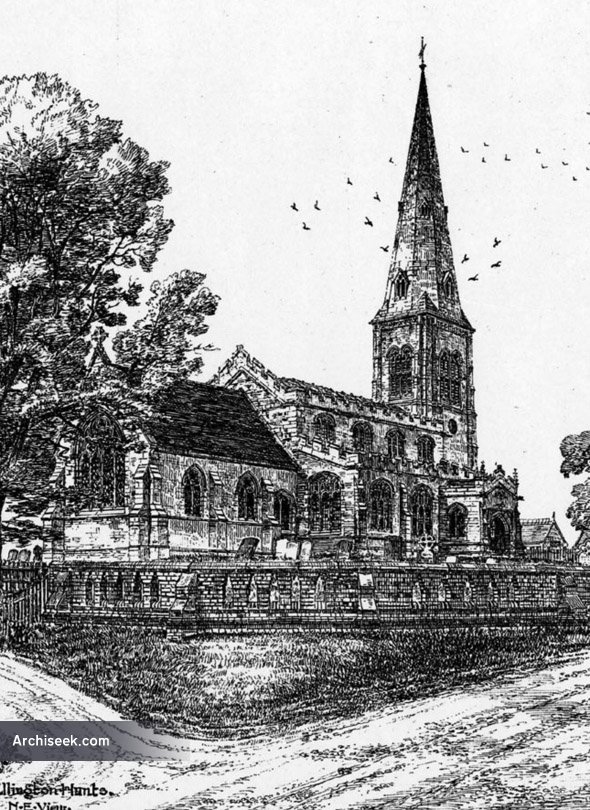 Published in The Building News, October 30th 1891. The church is mentioned in the Domesday Survey of 1086, but nothing earlier than the 13th Century remains and of this period only the chancel arch is in-situ. The walls of the chancel probably remained, much altered, until 1863, and the nave was probably of the same length as at present for the south aisle was added or rebuilt early in the 14th century. At the end of that century the tower was added or rebuilt and, in about 1400, the nave arcades, north aisle and north porch were rebuilt. The south wall of the south aisle was largely rebuilt towards the end of the 15th century when new windows were inserted in its east and west walls. The clerestory was added to the nave about the same time. The south porch was built in the 16th century. The chancel was rebuilt in 1863, the spire restored in 1889 and the nave roof in 1907-8.