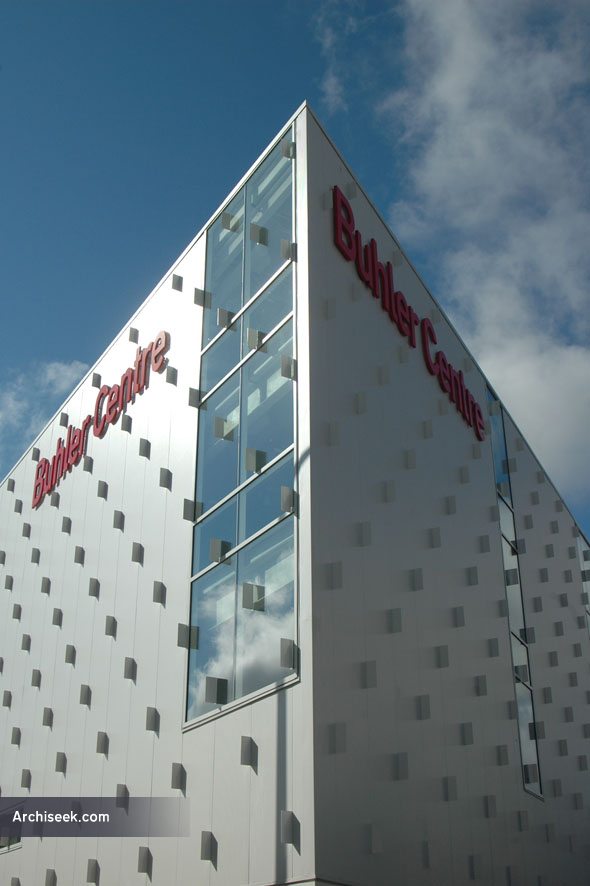 Is home to UWinnipeg’s Faculty of Business and Economics, Division of Continuing Education and the Plug In Institute of Contemporary Art. The architects were David Penner Architect and Peter Sampson Architecture Studio Inc. of Winnipeg in conjunction with DIN Projects. Three distinct practices, the firms formed a collective for this project in 2008. After 10 months of construction, the building opened in August 2010.

Situated at a prominent urban corner, the building is designed with an open portal at grade that allows pedestrians to cut through the building alongside the galleries. A second narrow cut through the building’s core is awash with natural light and forms an urban alleyway where student lounges, classrooms, and offices intersect. Working closely with the design team, Winnipeg- and Berlin-based artist Rodney LaTourelle composed the interior colour scheme. Outside, the reflective tabs on the building’s façade are designed to capture the activity of the city along with those shifts of light that are particular to the Prairies.