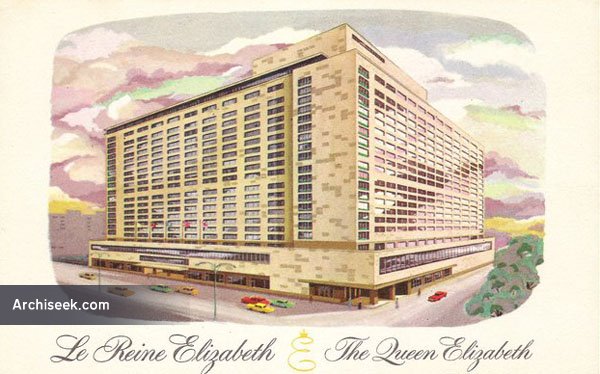 Completed in 1958, it was built by the Canadian National Railway, but was later sold to Canadian Pacific Hotels, now Fairmont Hotels and Resorts. With 1039 rooms and 21 floors it is the largest hotel in the province of Quebec. It currently has 982 rooms. It was used as the headquarters for the 1976 International Olympic Games.

The Queen Elizabeth Hotel is part of a CN (Canadian National Railway) development plan begun with the inauguration of the central train station in 1938. It was followed by other projects in the 1950s, including the CN head office building, and completed by the Terminal Tower in the 1960s. The design and construction of the project fell to CN chief architect George Drummond.