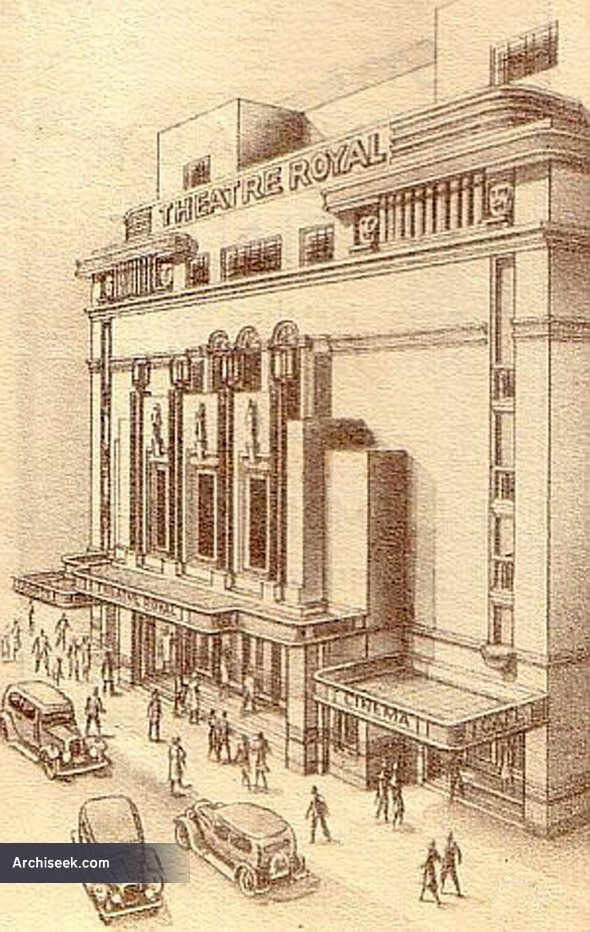 The third Theatre Royal opened on September 23, 1935 in Hawkins Street. Designed by English architect Leslie Norton in conjunction with Dublin firm Scott & Good. It was a large art deco building designed for an audience of 3,700 people seated and 300 standing, and was intended for use as both theatre and cinema.

It also housed the Regal Rooms Restaurant (converted into a cinema in 1938). The theatre had a resident 25-piece orchestra under the direction of Jimmy Campbell and a troupe of singer-dancers, the Royalettes. 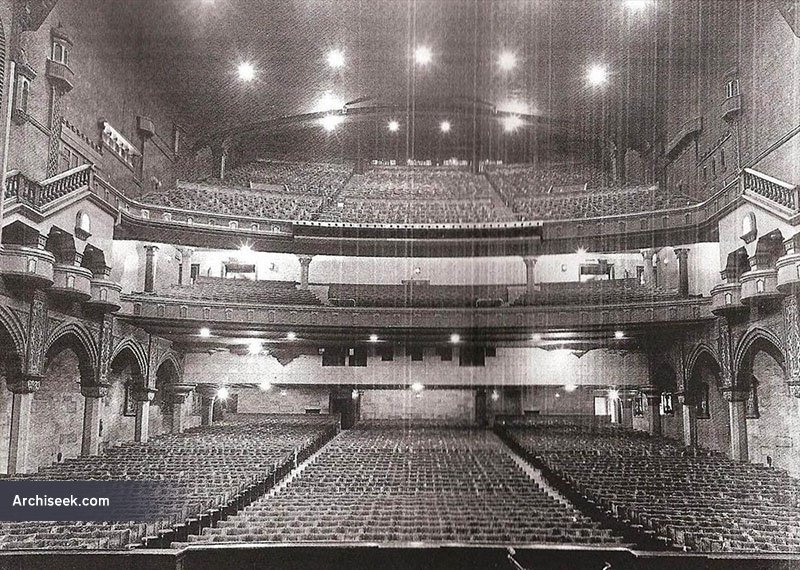 From the beginning, the sheer size of the building made it difficult for the Royal to remain economically viable. Under pressure from rising overheads and the increasing popularity of the cinema and the introduction of television, the Theatre Royal closed its doors on June 30, 1962, and was demolished soon after.