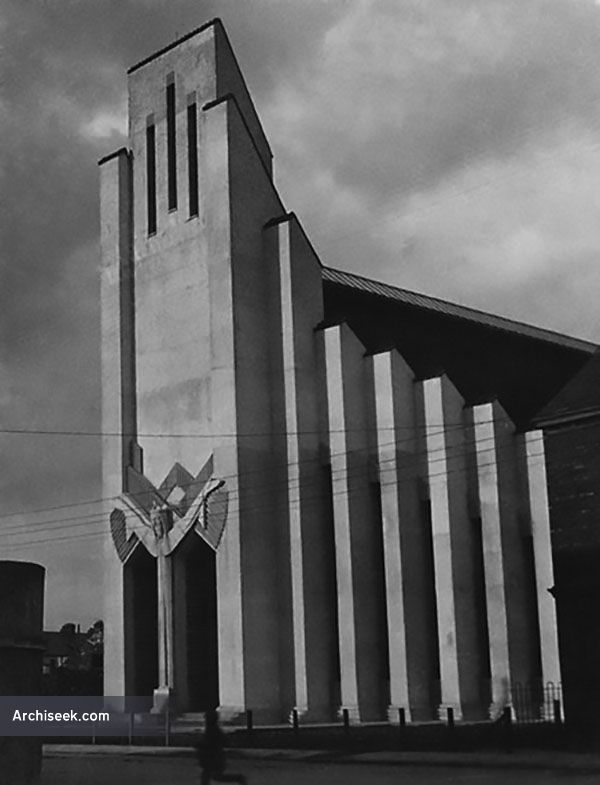 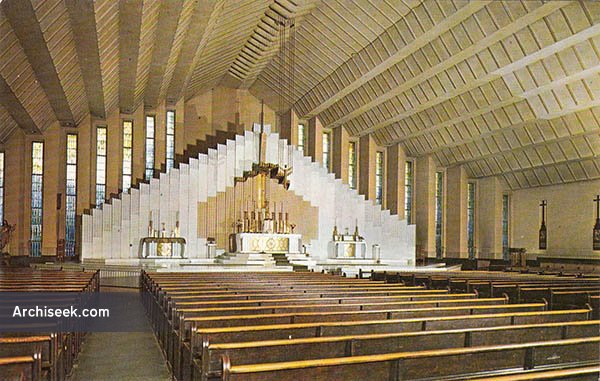 According to Shane O’Toole, in a piece for The Sunday Times “Byrne (1883-1967), a protégé and friend of Frank Lloyd Wright, never set foot inside what he regarded as his best building, although he commissioned and collected photographs of the church in the 1930s, 1940s and 1950s. He did not feel welcome in Cork.” 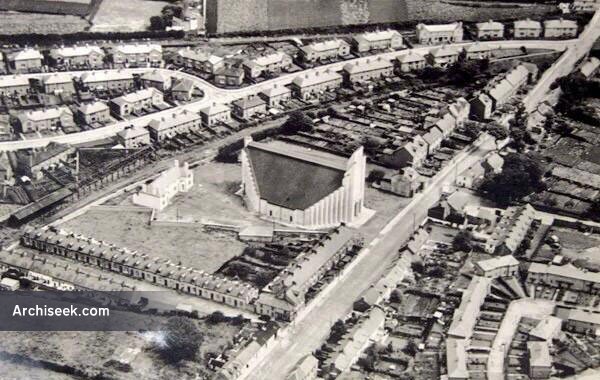 The design of this church is based on strong use of symmetric and geometric forms. The ground plan is based on an elongated octagonal shape, the longer ends representing the front and rear of the church. Re-enforced concrete pillars form a cascade effect, connecting the long side-walls to the front and rear towers. There are no side windows as such – tall narrow openings are located between the cascading pillars. A long glass roof apex provides additional light from above. Prior to the Vatican II council, the priest would face away from the congregation when performing the mass. The interior design of the Church of Christ the King is a surviving testimony to the forward looking Byrne. His design concepts were based on his opinion that an altar and congregation should be integrated. 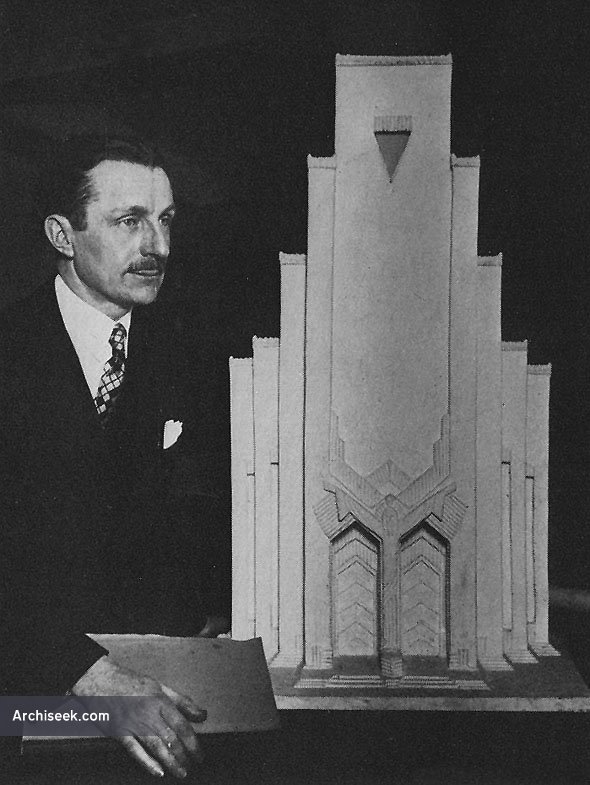 A 19ft statue of Christ stands at the entrance with its arms out-stretched over the two doors. The statue was designed by Chicago sculptor John Storrs and executed locally by sculptor John Maguire based on plaster models shipped to Cork.