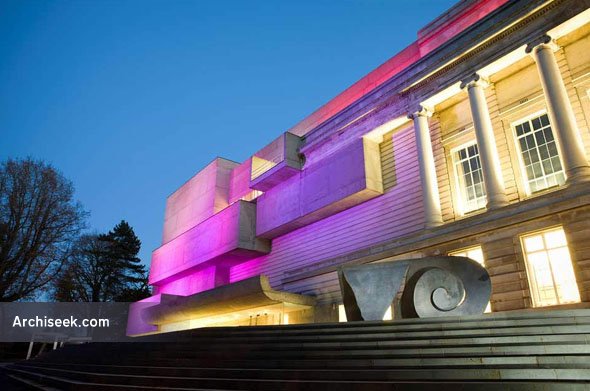 In 1962, the museum was renamed the Ulster Museum, with the intention that it should not simply be a local museum for Belfast, but for the whole of Northern Ireland. The U-shaped neoclassical building. in Portland stone, had stood unfinished until the modern extension of 1971, the result of a competition in 1964, won by Francis Pym of London. 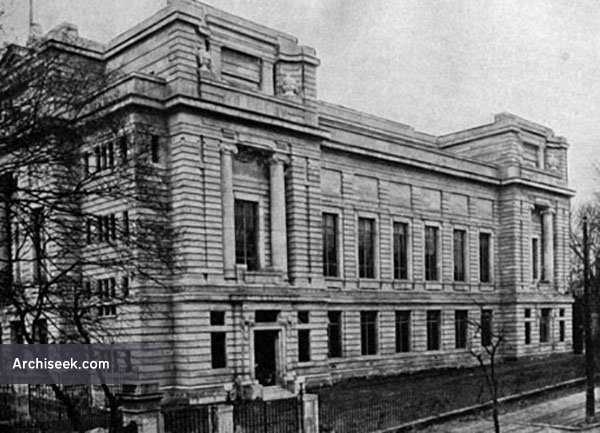 Pym’s competition-winning extension draws out the channelled rustications and other mouldings of the earlier building until they butt against the new blocky forms of a cubist composition of galleries. According to the Twentieth Century Society “Classical features of the original building may have been extended towards the extension’s concrete cantilevers with the intention of sensitively blending the two styles together (at the request of Belfast city planners of the time); however, the concrete galleries seem to collide with and envelop the classical detail. In spite of all this, the classical proportions of the original design are still evident and maintained in the massing of the extended whole – deliberately or otherwise. The building is a landmark, inspiring, uplifting and idealistic. Alternatively, some would argue that it is hard to relate to, overbearing and uncommunicative… Both arguments carry weight.”