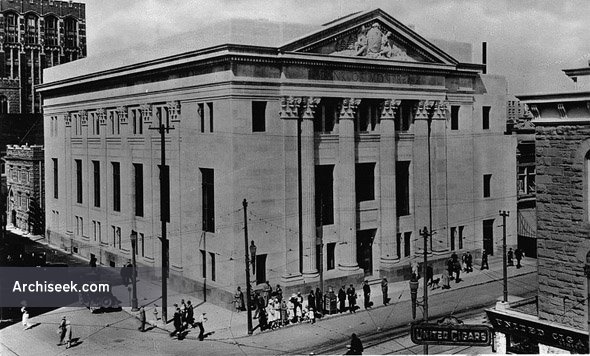 A branch of the Bank of Montreal had existed on this site since 1886. In the late 1920s, it was decided to build a new building on the site to facilitate expansion. The current Bank of Montreal building was designed by Montreal architect Frederick Rea. Built out of Manitoba Tyndall limestone, there is a carved relief of pine trees, beavers and First Nations’ people that surrounds the Bank’s coat of arms. The coffered ceilings in the building’s interior is encrusted with 917 ounces of gold leaf.