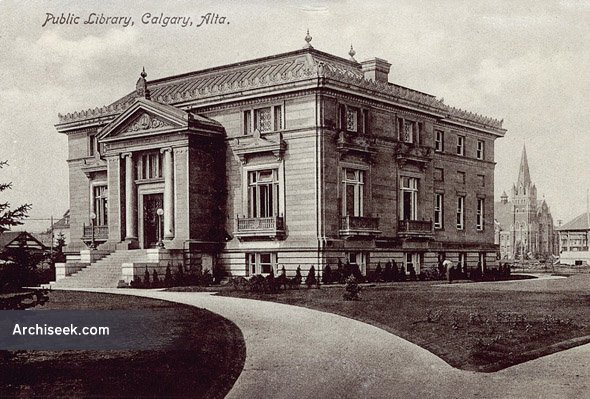 Philanthropist Andrew Carnegie funded $80,000 of the $100,000 cost of Calgary’s Central Library, which was the first purpose-built public library in Alberta. It was designed by Boston architects McLean & Wright, and is very similar to a library in Attleboro, Massachusetts. When a new downtown central library was constructed in the early 1960s, this branch was renamed the Memorial Park branch, and still operates today.