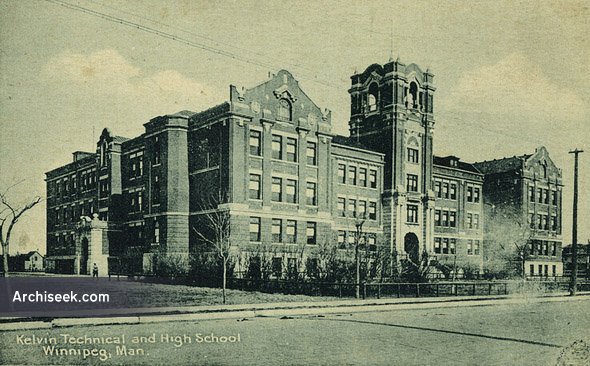 Founded in 1912 as Kelvin Technical High School, the name was later changed to Kelvin High School. Built of Tyndall stone and Estevan red brick between 1910 and 1912. The school is named after the mathematical physicist and engineer Sir William Thomson, 1st Baron Kelvin of Largs. Demolished in 1966. It’s twin which was constructed on the northern side of the city was demolished in 1967.