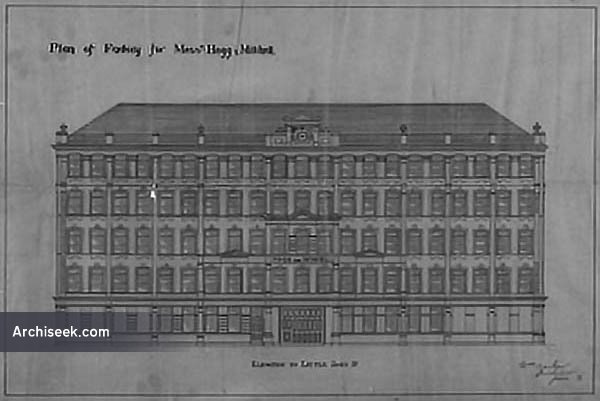 Constructed in 1898 by David Hogg and Charles Mitchell as a shirt factory and operated until the 1970’s. Hogg & Mitchell founded the “Old England Brand” line of shirts and became the de facto supplier to the British Army during the Boer War. After a restructuring of the company the Old England Brand became Peter England which is still sold globally. The building was converted into apartments in 2000.